For millennia, the fire-born Princess of Panchala has had a bad press in the world of men.

Yes, in modern terms, you call it a fan fiction of Mahabharata. A reimagining of the world-famous Indian epic, the Mahabharat—told from the point of view of an amazing woman.

Narrated by Panchaali, the wife of the legendary Pandavas brothers in the Mahabharat, the novel gives us a new interpretation of this ancient tale. Panchaali is swept into their quest to reclaim their birthright, remaining at their side through years of exile and a terrible civil war involving all the important kings of India.

Panchaali is a fiery female redefining for us a world of warriors, gods, and the ever-manipulating hands of fate. 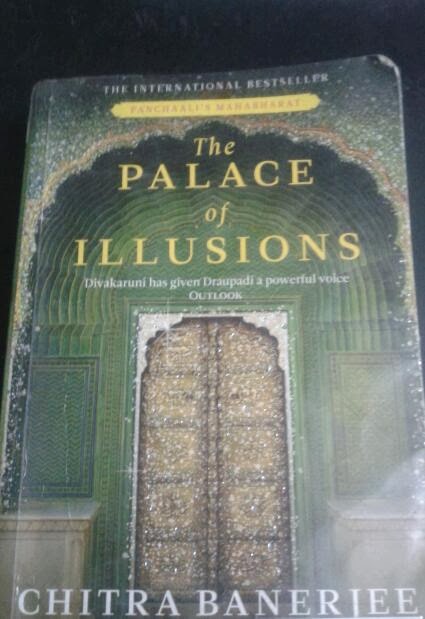 Panchaali, daughter of king Draupad, was born out of fire, when her father prayed and fasted for a son who will take vengeance on his enemies. So apart from Panchaali, a dark beauty and highly intelligent and smart young girl, Dhrishtadyumna, a fierce young boy was also born out of the very same fire.

While growing up, Draupadi confided in only three people who were closest to her heart, her caretaker, Dhai Ma, her brother, Dhri, and her only friend, Krishna, who guided her through all her troubles with his wise and thoughtful advice.

Once landing into the palace of her husband, Arjun, Draupadi, once again, had to fight for and obey the rules and the opinions of her mother-in-law, Kunti, who asked her to marry off five of her sons, instead of only one. From then on, Draupadi had to lead a sad and enduring life filled with only grief, pain and loss and embarrassment.

But not for once Draupadi spoke out aloud of her grief either to her husbands or to her own family, instead she quietly obeyed and payed heavily for everything that her husbands did. This is one of the most enthralling and magical re-telling of the epic mythological tale that changed the history, spiritualism, thoughts and beliefs of Indian society.

The author has not only imagined and projected her version of this epic tale, but has also included the wise words of Vyasa, the original author of Mahabharata.

The narrative is somewhat intellectual, thoughtful and truly authentic and it is told from the first person point of view of Draupadi, so that will let the readers contemplate with her honest voice.

The pacing of the book is very slow and while reading, the readers might feel a bit lethargic due to the usage of heavy words and too many philosophical adverbs by the author.

The characterization of the protagonist, Draupadi, is really well carved out with all her flaws and her stronger aspects, with her desires and her hatred and with her positive and negative thoughts, thereby letting the readers experience and get to know Draupadi in her raw form.

Draupadi has been brilliantly portrayed into the story and has been brought alive with so much vigor by the author. A must read for historical fiction readers.But, ‘The Palace of Illusions’ stands out in every aspect.

Be it the realistic portrayal of the characters, the reasons that led to the Great War, the lessons each event preaches, and most importantly the relationships between the characters. Nov 22,  · Hi Rajiv If I understand your question correctly, you wish to know whether it is a live experience and since when?

The camera obscura show is a live projection of the view from outside, via a mirror and three lenses onto a wooden table. A few years back, our English teacher asked us to read The Palace of Illusions, by Chitra Banerjee Devakaruni during the school summer ashio-midori.com you might imagine most of us were ticked off, and when we found out that the book was about the Mahabharata we were hopping mad!.

I have to confess, that my knowledge of this great epic at that time . Spirits of Mystery: Illusions Collector's Edition for iPad, iPhone, Android, Mac & PC! Can you stop darkness from taking over the kingdoms?!

A New Game Every Day!®

The Palace of IllusionsBy Chitra Banerjee DivakaruniDOUBLEDAY; PAGES; $ In a start-of-the-new-year promotion, Britain's Guardian newspaper has been giving away a series of booklets and.